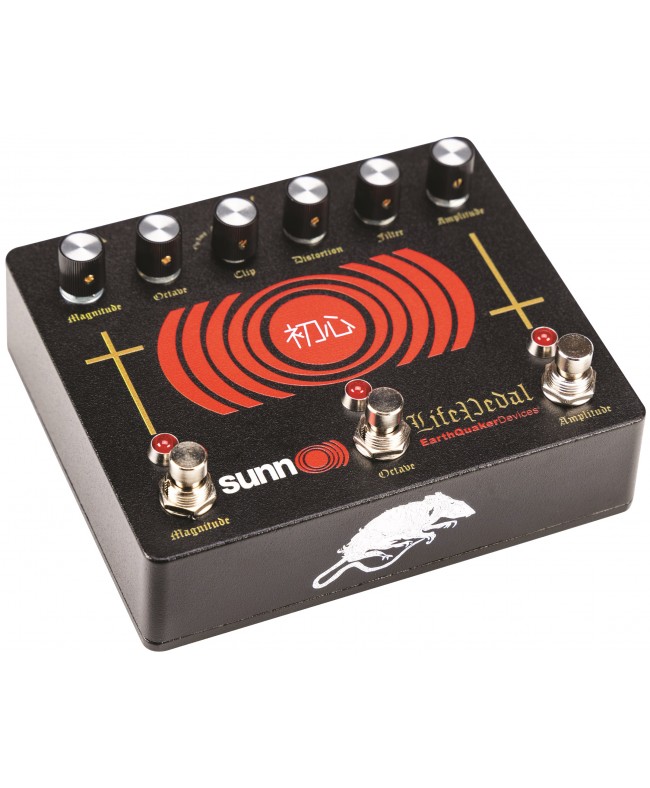 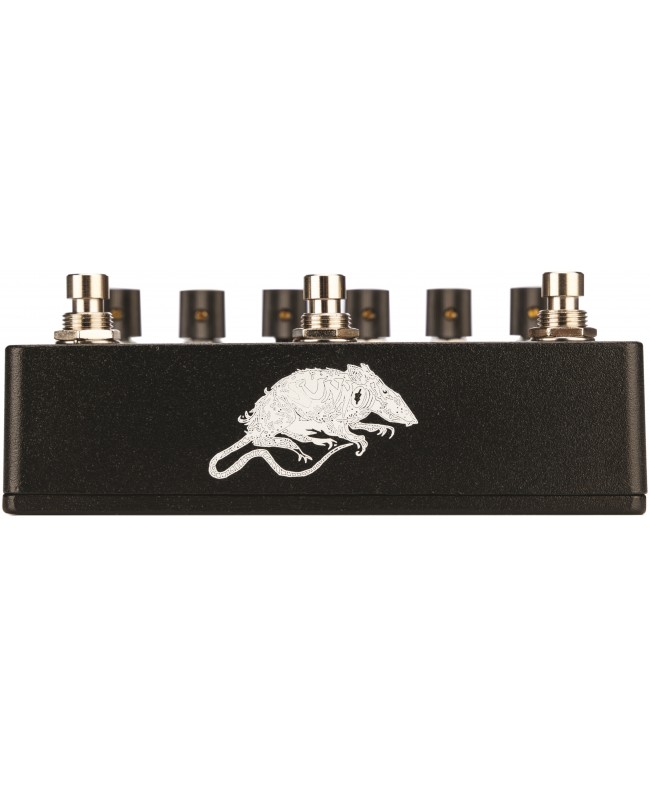 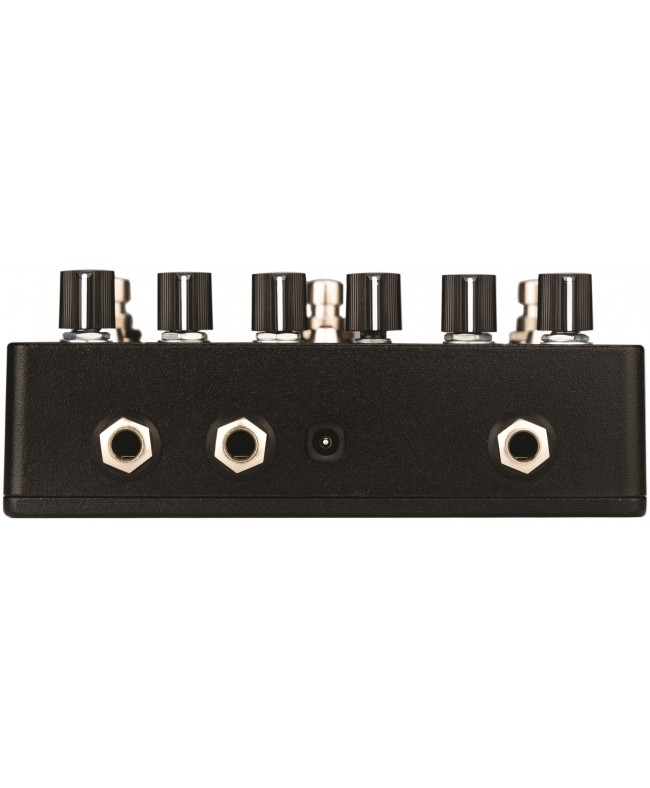 Now back in permanent production, Sunn O))) Life Pedal V3 is a distortion with a blendable analog octave up and a booster combined in one compact package. The octave section has been fine tuned to make it more pronounced without losing the bottom end and we added a third footswitch, utilizing Flexi Switch Technology, for the octave to allow an additional method of quick and radical tone shaping.

The "Amplitude" side is faithfully modeled after the classic "White Face" distortion unit with modifications made in the 3 available clipping modes. The first position is no diodes to allow for full, grinding Op Amp assault at maximum volume. The second position utilizes two silicon diodes and one LED in an asymmetrical clipping configuration, delivering a slightly compressed and smooth crunch, similar to a valve amplifier. The third and last position is the stock double silicon diode configuration which provides that classic tone you know and love.

The Octave in Sunn O))) Life Pedal V3 is an all-discrete, analog full-wave rectifier base on a classic vintage design. Located at the input of the circuit, the Octave control slowly blends in the octave effects as you turn it clockwise. This feature can also be used via expression control.

The "Magnitude" section of Sunn O))) Life Pedal V3 is a simple all-discrete MOSFET booster designed to blast your preamp tubes and drive them wild. It is a 100% clean, no-nonsense, high impedance booster that adds very little color to your tone. It does not add distortion on its own but has plenty of output to push your amp into saturation. 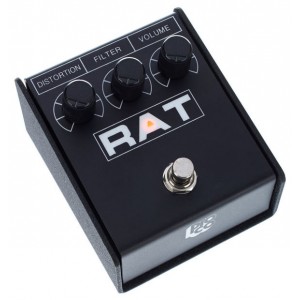 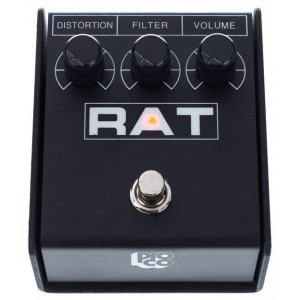 Διαθεσιμότητα: Διαθέσιμο
ProCo Rat 2 Distortion
RAT 2 Do you straddle the fine line between the traditional guitarist and the constant innovator? Are you just as comfortable laying back in the po..
95,00€ Χωρίς ΦΠΑ:76,61€
Στο Καλάθι
Επιθυμητό Σύγκριση
Quickview 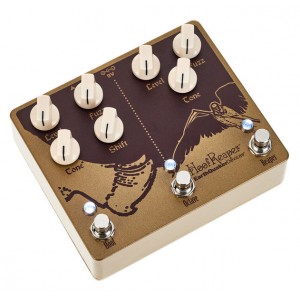 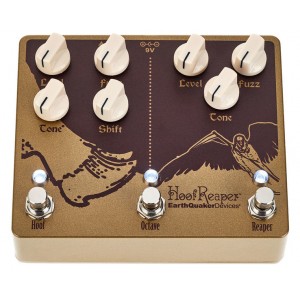 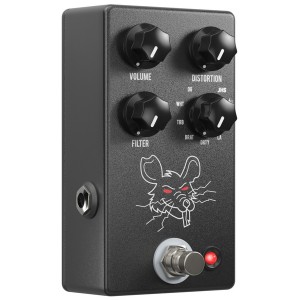 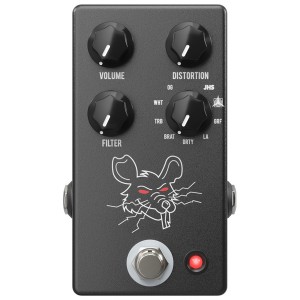 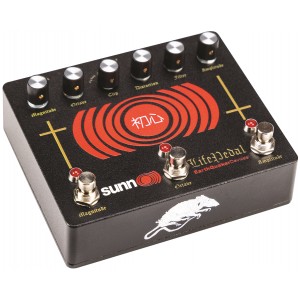 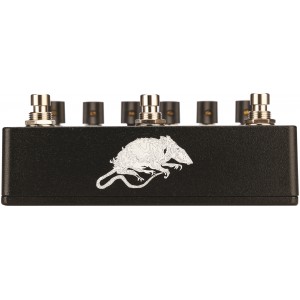