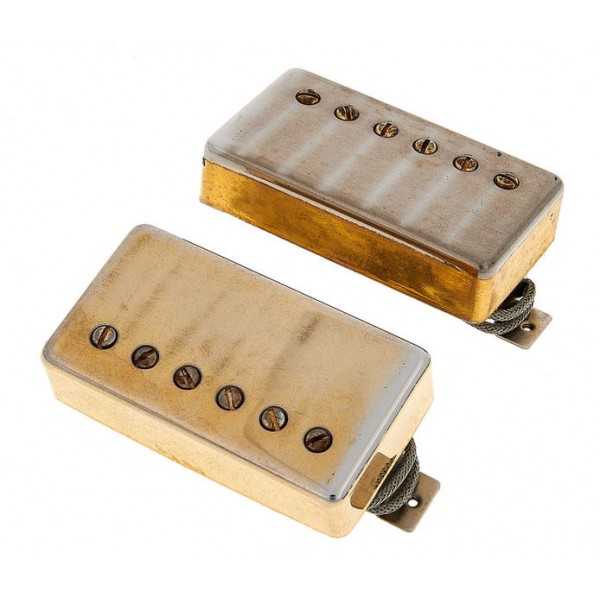 "Truth be told, I think it's the best of the three replica pickup sets I've collaborated on with Duncan."

Joe Bonamassa’s 1958 Flying V was special even before being purchased by the famous bluesman – as one of just 98 Flying V’s produced by Gibson in the fifties, it has been featured in numerous books and magazines, and even had a cameo in the infamous mockumentary “This is Spinal Tap”. Remarkably, tracing the serial number led back to the original dealer where it was sold – with a photo of storeowner Amos Arthur holding the guitar in his shop as proof. So of course we were thrilled to work with Joe again to reproduce the unique original pickups from this incredible piece of guitar history.

The sound of the Amos Flying V is uniquely robust compared to other PAF loaded guitars. Careful examination of the original pickups revealed something unique – unusually strong magnetism, which could only be replicated by using Alnico 6 magnets. Although Alnico 6 might seem like an odd choice for a PAF replica, the result is surprisingly warm, clear and powerful – and matches the tone of the originals.

We’re also offering a reproduction cover option – painstakingly hand crafted in the custom shop to replicate the wear pattern of the original Amos pickups. Of course, if gold’s not your thing, we also offer nickel and uncovered options, like black and zebra.

Each set is built using period-correct butyrate bobbins, maple spacers, and wound on the same historic Leesona winding machine originally used by Gibson in the fifties and sixties, and will be hand-signed by Seymour W. Duncan and Joe Bonamassa.

Joe Bonamassa Amos Signature Set "Truth be told, I think it's the best of the three repl.. 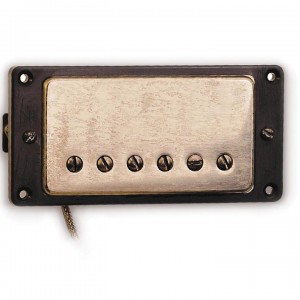 Seymour Duncan Antiquity Humbucker Summary Made to look and sound like a 1950s humbucker, thi..

Seymour Duncan Antiquity Humbucker Summary Made to look and sound like a 1950s humbucker, thi..